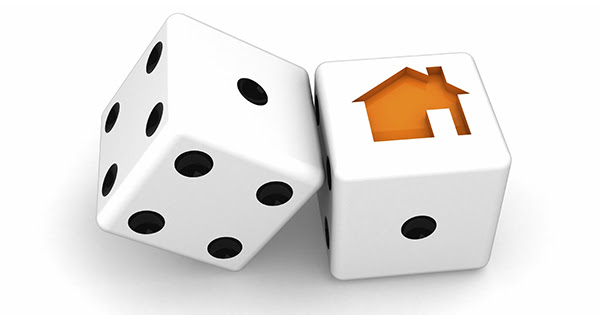 That is what a headline announced in aÃ‚Â CNNMoneyÃ‚Â postÃ‚Â Monday. They were quoting Karl CaseÃ‚Â Ã¢â‚¬Å“an economist whose name is synonymous with home prices. He is co-creator of the much watched S&P/Case-Shiller home price indexes with Bob Shiller, who won the Nobel Prize in economics last year.Ã¢â‚¬Â

Case did explain that the commonly held belief that housing prices could Ã¢â‚¬ËœneverÃ¢â‚¬â„¢ depreciate was corrected over the last decade. And it is true that Case referenced a home he bought during that time had lost almost half its value.However, there were other comments attributed to Case in the article:

He bet on three houses; one lost 50%, one gained over 400% and the other gained approximately 300%. Sounds like great odds to me.

GIVE ME THE DICEÃ‚Â AND GET OUT OF MY WAY.

Last week, John Maxfield, in aÃ‚Â The Motley FoolÃ‚Â blog post,Ã‚Â wrote:Ã¢â‚¬Å“Over the past year, [home prices] are up by 8.9%. Over the past two years, they’re up by 19.7%. Over the past three years, they’re up by 23%. And there’s little evidence that this trend is coming to an end anytime soonÃ¢â‚¬Â¦[It] should be obvious why now is such an opportunistic time to buy a house. Of course, if you want to wait, that’s up to you. But doing so could very well be a source of regret later on down the road.Ã¢â‚¬Â

GIVE ME THE DICE AND GET OUT OF MY WAY.

If buying residential real estate is actually a crapshoot (as the headline claimed), it seems the odds are in the shooterÃ¢â‚¬â„¢s hand.

PLEASEÃ‚Â GIVE ME THE DICE AND GET OUT OF MY WAY. I REALLY WANT TO ROLL.